…the age of conquest 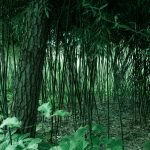 During the age of conquest a rising empire attacks the surrounding tribes or countries to assimilate or devour them. This leads to a mixture of ethnicity and cultures if a developed civilization is overthrown by a less advanced conqueror. Technology, knowledge, military and administrational traits are absorbed and adjusted.

The rising civilization assimilates and integrates wisdom at an exceptional rate and through their lack of background or education show a high level of improvisation and experiment. A daring initiative and growing organizational skills lead to larger expeditions explorations of land forests and mountains. Glory and honor seem to be driving forces behind all this ambition.

The age of conquest typically ends when natural borders are reached like a great mountain chain a desert or the ocean. Sometimes the attacking armies are stripped too thin already across the shores of the country to defend themselves and therefore stop to expand for logical reasons. Depending on whether the means and knowledge to overcome these natural borders or insufficient troop size exists or not, the new nation has to develop them quickly or stop its expansion. At this point a wide mass of land and or sea has been conquered laws traditions and trade have been unified and eased and the age of conquest leads to the age of commerce.