…the age of pioneers 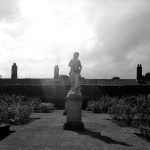 Sir john bagot glubb, 16 april 1897 – 17 march 1986, was a british soldier that served during the first world war in the royal engineers. He was wounded three times and awarded the military cross during his service in iraq for which he volunteered. He resigned and worked for the iraq government from 1939 to 1956 he became commander of the jordan arab legion the jordan army. After his retirement he wrote and published 17 books.

His book “The fate of empires and search for survival” deals with the rise and decline of empires throughout our recorded history. His theory states that each empire has roughly the duration of 10 generations or 250 years during this time each empire would go through 6 stages that he identified as follows:

During the age of pioneers a people race or nation shows a fearless readiness to go beyond the borders of their known lands to spread and eventually expand into enemy territory if necessary. Typically the urge to expand is often bigger than the urge to self preserve leading to endeavors being undertaken that usually would have been disregarded due to safety concerns. During the age of pioneers the urge to expand is the biggest and sometimes only goal and maxim, you could also say expand at any cost.

But before a people can take efforts to explore new territories the inner attitude has to change. Traditions, religion and moral standards are often questioned, disregarded or altered in case they stand in the way of expansive efforts. This can even provide the moral basis for the second age, the age of conquest.