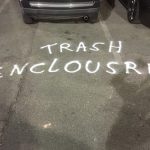 After the empire has grown and assimilated everything in its way, expansion has stopped. The government now controls a vast land mass. Language, customs and monetary systems have been unified and allow for traders and merchants to reach the complete territory easy and safe. The country is now an umbrella for several cultures and sometimes even expands over more than one climate zone. Goods that have been unavailable before can now be purchased and the production of trade goods starts to get better organized.

The acquisition of wealth is a strong goal even though it is not egocentric impulses but rather the development of the nation that is the driving factor. Education and morals still show the same marks as during the age of conquest. Men are raised to be brave and strong, show no pain and be honest. Honor, duty and pride seem to be the strongest characteristics, defining social behavior and structure.

Development of infrastructure, communication and social systems is driven forward at a very high pace increasing wealth. Social and military safety lead to a rise in arts and luxury. A feeling for status is evolved and so wide streets, tall buildings, big palaces, rich architecture and any number of depictions of wealth slowly come to life. The age of commerce benefits everyone but soon the division between classes becomes more and more visible, wealth and the power of production shift to the rich and super rich initiating the age of affluence.